L.A. Tan/ Video Vision Sahil / Al Mansoor have organized and promoted several entertainment events over the past 15+ years.The company is based out of Chicago, IL and has reach across the continents when it comes to Public Relations and event management. The company has entertained the Chicago audience with varieties of events either it is Independence Day Parades / Bollywood Concerts / Musical Concerts / Stage Shows or New Year’s Parties.

The Fantastic Four of Nick – Mayur – Babu & Bhavesh have been organizing such events, collectively for the past 15+ years: 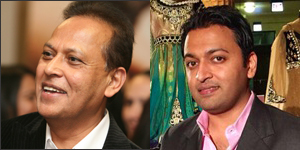 Babu Patel is the original pioneer of the Indian Entertainment business. He first made his mark in Houston, TX by bringing Manna Dey and Usha Utthup in 1981. He later on successfully transitioned into Chicago by opening up Sahil “Americas # 1 Fashion Store” along with many other successful businesses under his cap. His latest venture “BIG Cinemas” in partnership with Reliance Anil Dhirubhai Ambani group.His goal is simple; he wants to provide entertainment and fill-in the cultural gap amongst the South Asian community.

Bhavesh Patel, the son and successor of Babu Patel is a young prodigy of the fashion and entertainment business. He successfully learned the ropes from his father Babu on how to successfully execute live shows as well as expanding Sahil as a Fashion Power House and brand name in America.

After their first event in 1990, they have hosted and organized events featuring the legend Amitab Bachchan, the evergreen Lata Mangeshkar, the other value stars like King Khan and Hearthrob Hrithik Roshan, Chocklatee Amir Khan, the Bollywood Boy Salman Khan, and Sanjay Dutt. They have also hosted the leading Divas of Bollywood beauties like Aishwarya Rai Bachchan, Rani Mukherjee, Karishma Karpoor, Kareena Kapoor, Raveema Tandon, Saleena Jaitely and Preety Zinta. The sky is the limit for these fantastic Four. 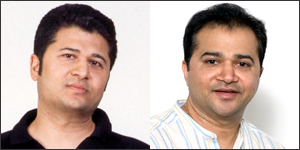 Nimesh Patel and Mayur Patel are the founders of L.A Tan (www.latan.com) and currently own and operate over 165 Tanning Salons in USA and employing over 1200 workers.Besides other ventures Nimesh and Mayur Patel have been involved in providing quality entertainment to the Chicagoland’s Indian Community for the past 15+ years. Nimesh and Mayur Patel alongwith Babu & Bhavesh have always given preference to the production values of an event and have exceeded the demands of script writers even up to Sound & Lighting requirements.

Nick-Mayur-Babu & Bhavesh are thankful to the royal patronage of the people who are continuosuly supporting such events.